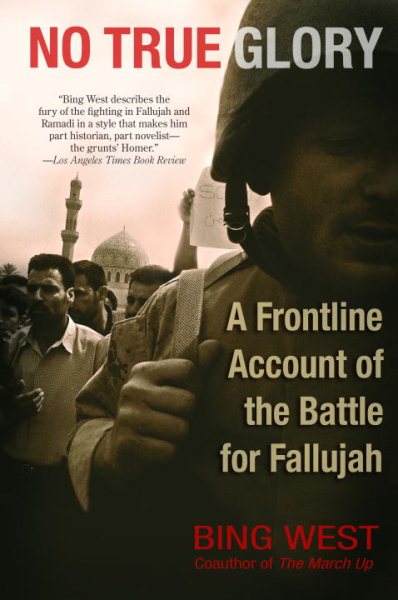 A former U.S. Marine and award-winning author of The March Up provides a firsthand account of American forces and their operations inside and around the insurgent Iraqi stronghold of Fallujah, drawing on interviews with senior officials and frontline troops to describe the bitter fighting for control of the city. Reprint. 40,000 first printing. Read More
"This is the face of war as only those who have fought it can describe it."–Senator John McCainFallujah: Iraq’s most dangerous city unexpectedly emerged as the major battleground of the Iraqi insurgency. For twenty months, one American battalion after another tried to quell the violence, culminating in a bloody, full-scale assault. Victory came at a terrible price: 151 Americans and thousands of Iraqis were left dead.The epic battle for Fallujah revealed the startling connections between policy and combat that are a part of the new reality of war.The Marines had planned to slip into Fallujah “as soft as fog.” But after four American contractors were brutally murdered, President Bush ordered an attack on the city–against the advice of the Marines. The assault sparked a political firestorm, and the Marines were forced to withdraw amid controversy and confusion–only to be ordered a second time to take a city that had become an inferno of hate and the lair of the archterrorist al-Zarqawi.Based on months spent with the battalions in Fallujah and hundreds of interviews at every level–senior policymakers, negotiators, generals, and soldiers and Marines on the front lines–No True Glory is a testament to the bravery of the American soldier and a cautionary tale about the complex–and often costly–interconnected roles of policy, politics, and battle in the twenty-first century.From the Hardcover edition. Read Less

Goodreads reviews for No True Glory: A Frontline Account of the Battle for Fallujah