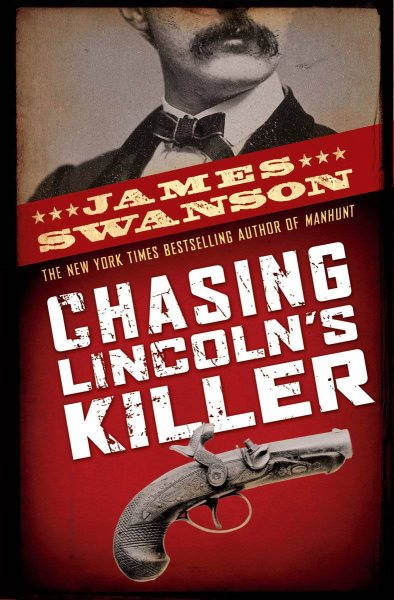 Recounts the escape of John Wilkes Booth, Abraham Lincoln's assassin, and follows the intensive twelve-day search for him and his accomplices. Read More
Based on rare archival material, obscure trial manuscripts, and interviews with relatives of the conspirators and the manhunters, CHASING LINCOLN'S KILLER is a fast-paced thriller about the pursuit and capture of John Wilkes Booth: a wild twelve-day chase through the streets of Washington, D.C., across the swamps of Maryland, and into the forests of Virginia. "This story is true. All the characters are real and were alive during the great manhunt of April 1865. Their words are authentic and come from original sources: letters, manuscripts, trial transcripts, newspapers, government reports, pamphlets, books and other documents. What happened in Washington, D.C., that spring, and in the swamps and rivers, forests and fields of Maryland and Virginia during the next twelve days, is far too incredible to have been made up." So begins this fast-paced thriller that tells the story of the pursuit and capture of John Wilkes Booth and gives a day-by-day account of the wild chase to find this killer and his accomplices. Based on James Swanson's bestselling adult book MANHUNT: THE 12-DAY CHASE FOR LINCOLN'S KILLER, this young people's version is an accessible look at the assassination of a president, and shows readers Abraham Lincoln the man, the father, the husband, the friend, and how his death impacted those closest to him. Read Less

Bloody Crimes: The Funeral of Abraham Lincoln and the Chase...