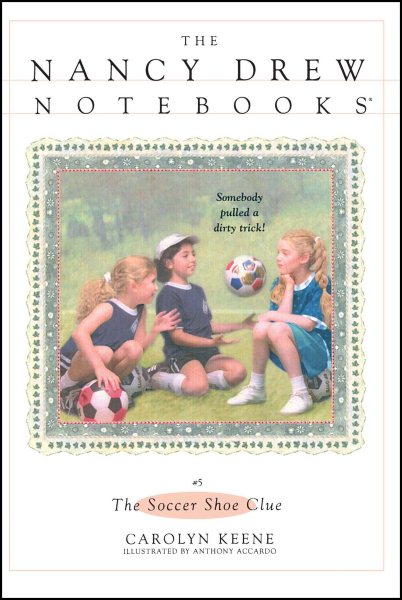 Nancy Drew and her teammates attempt to discover who has let the air out of all the soccer balls, put salt in the sideline water, and sabotaged the goalie's soccer shoes Read More
Kick! Splat! Yuck! Who let the air out of the soccer ball? WHo added salt to the water on the sidelines? Who put the red glop in the goalie's soccer shoes? It's gooey. It's gross. It's not fair. Soccer is supposed to be a kick. But somebody's being a drag. Nancy Drew wants to know who's playing the silly games with her third grade soccer team! Read Less