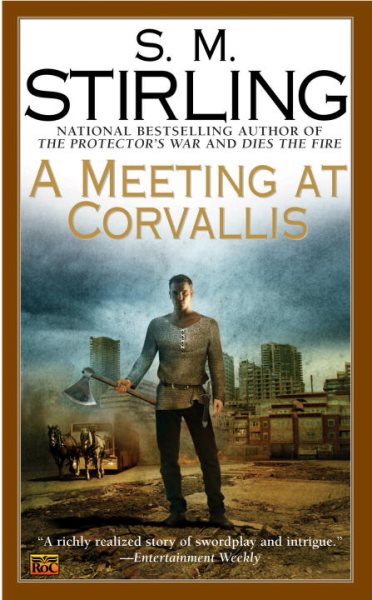 Tensions continue among Mike Havel's Bearkillers and their allies, Clan Mackenzie under the leadership of Juniper Mackenzie and Norman Arminger, the warlord of Portland, after Arminger's daughter falls into the hands of Clan Mackenzie. Read More
“A major work by an authentic master of alternate history.” – Booklist (Starred Review)             In the tenth year of the Change, the survivors in western Oregon live in a world without technology. Michael Havel’s Bearkillers hold the lands west of Salem in peace and order. To the east, the Clan Mackenzie flourishes under the leadership of Juniper Mackenzie, bard and High Priestess.             Together, they have held Norman Arminger—the warlord of Portland—at bay. With his dark fantasies of a neofeudal empire, Arminger rules much of the Pacific Northwest, spreading fear with his knights, castles, and holy inquisition. Even more dangerous, and perhaps Arminger’s most powerful weapon of all, is his ruthlessly cunning consort, Lady Sandra.             These factions haven’t met in battle because Arminger’s daughter has fallen into Clan Mackenzie’s hands. But Lady Sandra has a plan to retrieve her—even if it means plunging the entire region into open warfare… Read Less

Dies the Fire: A Novel of the Change

The High King of Montival: A Novel of the Change (Change Ser...