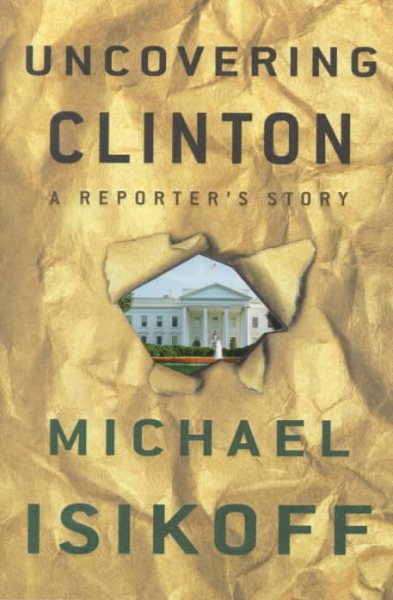 The author recounts how he broke the stories of Paula Jones and Monica Lewinsky, and shares insights into the motives of Linda Tripp and Clinton's right wing adversaries Read More
Michael Isikoff, who is credited with breaking the Paula Jones, Kathleen Willey, and Monica Lewinsky stories, is universally acknowledged as the leading reporter who brought to light the incredible revelations about Clinton's personal and political misconduct that have shocked the world.As a reporter for the Washington Post and Newsweek, Isikoff established himself as an astute observer and chronicler of the Clinton presidency. Isikoff had no agenda when he started investigating President Clinton's conduct other than to get at the truth. But as he battled skeptical editors and a formidable White House spin machine, Isikoff unwittingly became a primary character in the unfolding drama.Beyond the remarkable case of journalistic detective work, Isikoff provides something even more significant: a work that illuminates the psychologically troubling behavior of a president, an Administration that has enabled his actions, a motley crew of Clinton-haters who would stop at nothing to topple the president, and a rapidly changing media grappling with the ever-shifting boundaries between public and private behaviors. Uncovering Clinton will surely be the definitive account of our nation's biggest political scandal since Watergate. Read Less

Russian Roulette: The Inside Story of Putin's War on America...

Hubris: The Inside Story of Spin, Scandal, and the Selling o...

Hubris: The Inside Story of Spin, Scandal, and the Selling o...