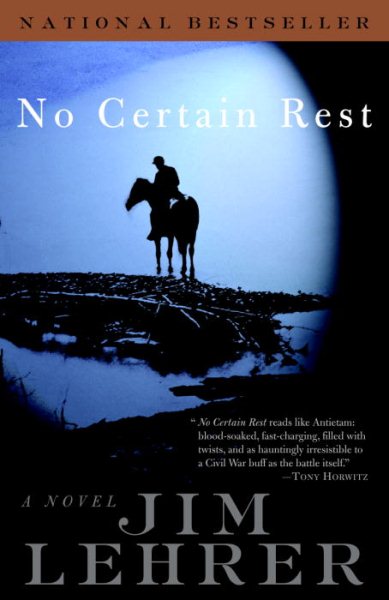 The discovery of the grave of an unknown Union officer on the Antietam battlefield leads Parks Department archaeologist Dan Spaniel into a baffling historical mystery, after finding out that the man had been murdered and his identity concealed. Read More
On a hillside overlooking Burnside Bridge—the focus of the Battle of Antietam—souvenir hunters find the unmarked grave of an unknown Union officer. Don Spaniel, an archeologist in the National Park Service, is called in to examine the remains. He soon discovers that the officer was murdered and that his identification disk could not possibly belong to him, since its rightful owner is buried elsewhere. So who was this officer? Where did he come from? And why was he killed?In a swift narrative deftly combining the past with the present, Jim Lehrer has created an engrossing story that will appeal to a wide variety of readers. Read Less

Goodreads reviews for No Certain Rest: A Novel

The Franklin Affair: A Novel

Tension City: Inside the Presidential Debates