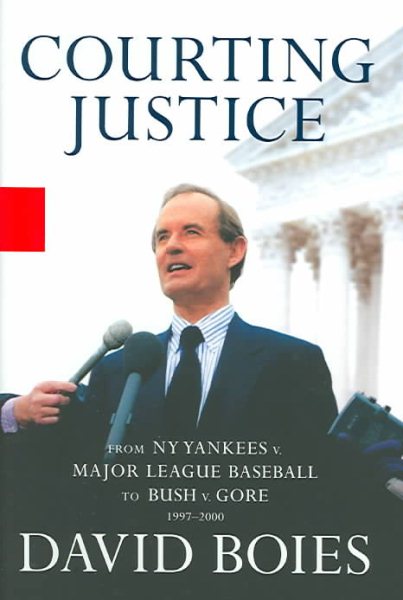 A celebrated trial lawyer describes his life in the American legal system, detailing his youth in Illinois, law school education, his courtroom battles in the media spotlight, his high-profile clients, and his thoughts on American law. Read More
Courting Justice examines the varied clientele, behind-the-scenes dramas, and eleventh-hour strategies that have catapulted David Boies to the top of the legal profession. His memoir ranges from his now-famous deposition of Bill Gates to the media-saturated battles defending Vice President Al Gore during the 2000 Florida recount frenzy, when for days on end it was this one laconic nonpolitician who was asked to explain to the American people how their next president was being decided.Through accounts of some of his most notable cases, Boies brings to life not only his high-profile battles in and out of court but the details of his own life, from an unassuming boyhood in small-town Illinois and adolescence on the streets of Compton, to his brief career as a cardsharp (which helped hone his photographic memory), and his lifelong fight with dyslexia and the lessons he learned in law schools - one of which he was asked to leave.Courting Justice is an insider's look at the American legal system, highlighting both its strengths and its weaknesses, the ways it can be abused and the ways in which, at its best, it defends our liberties. Read Less

Redeeming the Dream: The Case for Marriage Equality