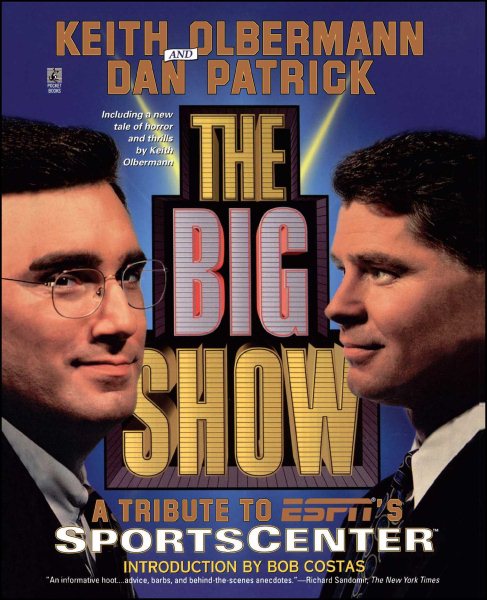 The hosts of ESPN's popular show "SportsCenter" discuss their choices for the greatest athletes of all time, on-the-air errors, and each other Read More
From World Sports Headquarters in historic Bristol, Connecticut, comes the book that's more colorful than Dennis Rodman's hair. Keith Olbermann and Dan Patrick, the former tag-team partners of ESPN's award winning SportsCenter, mark for the ages their most unforgettable moments, which have transformed the art of sports broadcasting -- bringing what People magazine calls their "Letterman-like loopiness and Koppelesque smarts" to the printed page in THE BIG SHOW Less expensive (and easier to read) than a big-leaguer's autograph, The Big Show gives you the honest, horrifying, yet always entertaining story of two men, three cameras, and highlights run amok, including: How Keith and Dan made The Big Show run slicker than Pat Riley's hair The origins of Dan and Keith's patented phrases Keith and Dan's on-air flubs -- errors that made Bill Buckner's blunder seem minor Dan and Keith's pantheon of all-time greatest athletes (Okay, who picked Coach Reeves from The White Shadow?) And so much more we couldn't -- and wouldn't dare -- mention here! Read Less

Goodreads reviews for The Big Show

The Second Most Important Book You Will Ever Read: A Persona...