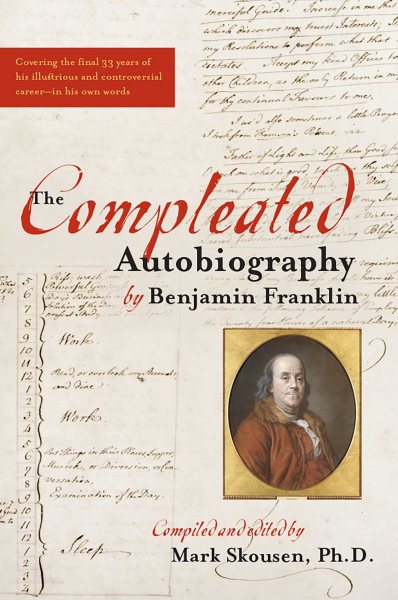 A lifelong scholar of Benjamin Franklin's life completes the unfinished "Autobiography" with information on Franklin's attitudes about such topics as the Constitutional Convention, slavery, and Thomas Jefferson. Read More
Readers and historians have long lamented that Franklin failed to complete his Autobiography. While a classic in literature and among the most widely read autobiographies in the world, he stopped writing it in 1757-years before the most exciting events of his life. Now, in honor of the 300th anniversary of Franklin's birth, Skousen has finished the autobiography completely in Franklin's own words. Read Less

[Catalog.] Benjamin Franklin. The Two Hundred and Fiftieth A...

A Letter by Dr. Franklin to the Royal Academy of Brussels