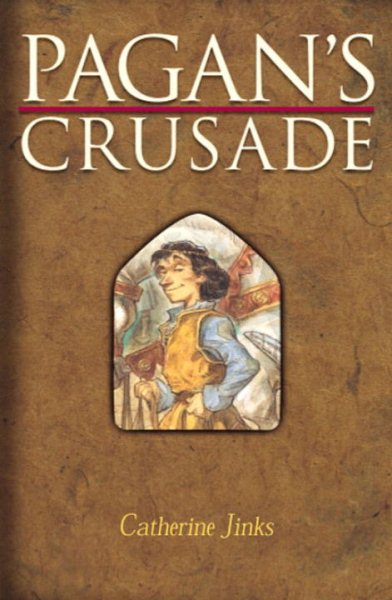 In twelth-century Jerusalem, orphaned sixteen-year-old Pagan is assigned to work for Lord Roland, a Templar knight, as Saladin's armies close in on the Holy City. Read More
Catherine Jinks spins a colorful tale loaded with action, down-and-dirty details of medieval life, and a healthy helping of sarcasm sure to appeal to teen readers - especially boys.Down on his luck and kicked in the pants one too many times, sixteen-year-old Pagan Kidrouk arrives on the doorstep of the Templar Knights in medieval Jerusalem, looking for work as a squire. He’s expecting only some protection from the seedier aspects of life on the street and a few square meals. Instead, Pagan finds himself hard at work for Lord Roland de Bram - an exciting life of polishing Lord Roland’s armor, laundering his garments, and even training to fight by his side. But as the Infidel Saladin leads his army to Jerusalem, it becomes more and more difficult for Pagan and Lord Roland to discern what action to take or whom to trust. Neither Saladin’s army nor the Christian Crusaders offer easy answers. Is a bloody battle for control of the Holy City inevitable? Read Less

Goodreads reviews for Pagan's Crusade: Book One of the Pagan Chronicles