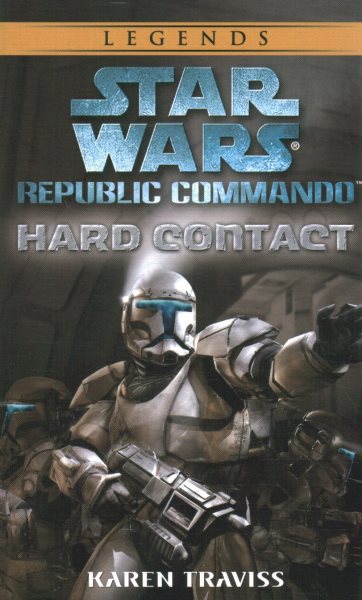 Darman, the demolitions expert in a four-man team of clone troopers on a desperate mission behind enemy lines, assigned to destroy a nanovirus research facility, is cut off from his teams and is forced into an uneasy alliance with an inexperienced Jedi Padawan. Original. Read More
As the Clone Wars rage, victory or defeat lies in the hands of elite squads that take on the toughest assignments in the galaxy&;stone-cold soldiers who go where no one else would, to do what no one else could. . . .On a mission to sabotage a chemical weapon research facility on a Separatist-held planet, four clone troopers operate under the very noses of their enemies. The commandos are outnumbered and outgunned, deep behind enemy lines with no backup&;and working with strangers instead of trusted teammates. Matters don&;t improve when Darman, the squad&;s demolitions expert, gets separated from the others during planetfall. Even Darman&;s apparent good luck in meeting an inexperienced Padawan vanishes once Etain admits to her woeful inexperience.For the separated clone commandos and stranded Jedi, a long, dangerous journey lies ahead, through hostile territory brimming with Trandoshan slavers, Separatists, and suspicious natives. A single misstep could mean discovery . . . and death. It&;s a virtual suicide mission for anyone&;anyone except Republic Commandos. Read Less

City of Pearl (The Wess'har Wars)