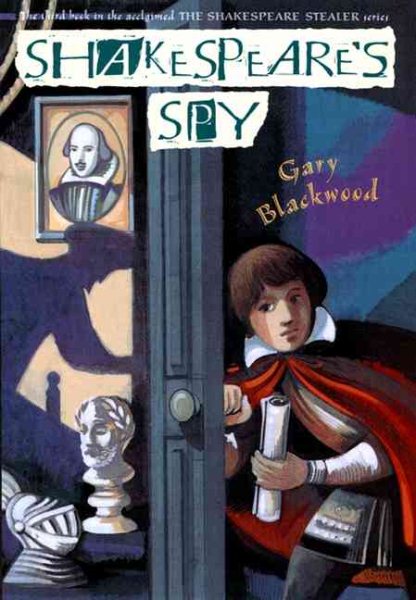 When someone begins stealing from the company, Widge must guard Shakespeare's scripts with his life--especially the one Shakespeare gave him to finish, and, while trying to win the heart of the girl he adores, finds himself plunged into a dark world of danger and deception. 15,000 first printing. Read More
Intrigue, betrayal, and romance surround Widge as we find him back in London and at the center of things, as usual. Queen Elizabeth, Shakespeare's patron, has died, but the new king and his queen love drama-on stage and off. Shakespeare has begun a new play about political intrigue, but real intrigue is close at hand. Someone is stealing from the company, and Shakespeare's scripts must be guarded at all costs-including the one he has given up on and turned over to Widge to finish. Widge finds the glory of being a playwright appealing, especially when there's a pretty girl to impress. But spying is even more exciting!Readers swept up in the first two adventures about Widge and Shakespeare's players will be enthralled yet again by this third tale with its dramatic twists and turns and an ending worthy of the Bard himself. Read Less