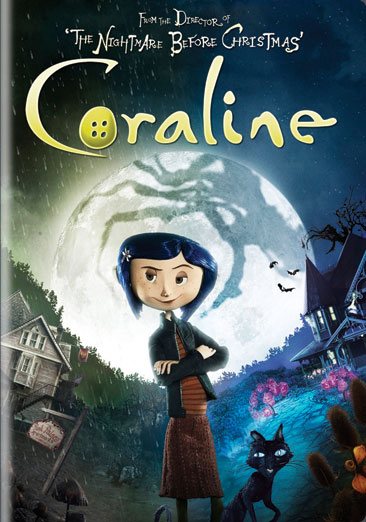 Coraline Jones finds a magical world that is similar to her own, but when her "other parents" try to get her to stay, Coraline must look for a way to return to the real world. Read More
Curious young Coraline (Fanning) unlocks a mysterious door in her family's new home and is transported to an alternate universe that strangely resembles her own - only better. But when her Other Mother (Hatcher) doesn't want Coraline to return to reality, our heroine must summon all her courage and ingenuity to go home and save her family. The breathtaking stop-motion animation is based on the best-seller by Neil Gaiman. Read Less

James And The Giant Peach