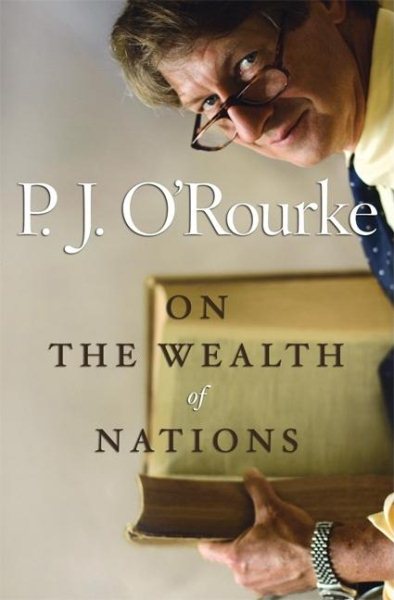 An upbeat dissemination of Adam Smith's "The Wealth of Nations" and "The Theory of Moral Sentiments" condenses and illuminates the key points of the original works while discussing how their messages remain relevant. Read More
As one of the first titles in Atlantic Monthly Press’ “Books That Changed the World” series, America’s most provocative satirist, P. J. O’Rourke, reads Adam Smith’s revolutionary The Wealth of Nations so you don’t have to. Recognized almost instantly on its publication in 1776 as the fundamental work of economics, The Wealth of Nations was also recognized as really long:  the original edition totaled over nine hundred pages in two volumes—including the blockbuster sixty-seven-page “digression concerning the variations in the value of silver during the course of the last four centuries,” which, “to those uninterested in the historiography of currency supply, is like reading Modern Maturity in Urdu.” Although daunting, Smith’s tome is still essential to understanding such current hot-topics as outsourcing, trade imbalances, and Angelina Jolie. In this hilarious, approachable, and insightful examination of Smith and his groundbreaking work, P. J. puts his trademark wit to good use, and shows us why Smith is still relevant, why what seems obvious now was once revolutionary, and why the pursuit of self-interest is so important. Read Less