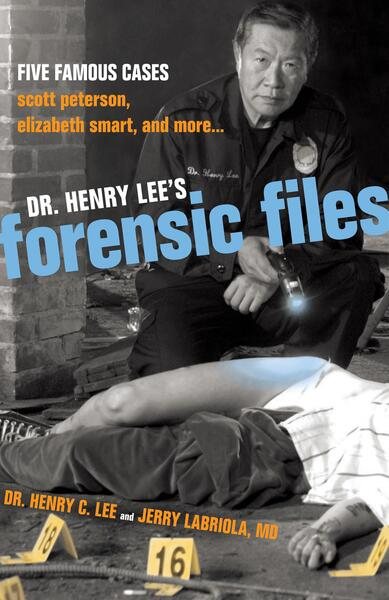 From the more than 6,000 cases he has investigated, Lee chooses five of the most famous, including the murder of Laci Peterson and the abduction of Elizabeth Smart. Lee and co-author Labriola, who is a pediatrician, novelist and state senator, describe the crimes, the trials, the verdicts, and, most importantly, the scientific details of the investigations. The text includes photographs of some of the victims, perpetrators and evidence. Annotation ©2006 Book News, Inc., Portland, OR (booknews.com) Read More
Dr. Henry C. Lee is considered by many to be the greatest forensic scientist in the world. His vast investigative experience (over 6,000 cases!) and participation in many high-profile trials have earned him not only the highest respect from the law enforcement community but also widespread public recognition. Here Dr. Lee once again gives avid fans of true crime an intimate glimpse into the real world of crime investigation, combining his unparalleled expertise with a clear and lively narrative.Beginning with the infamous Scott Peterson trial, Dr. Lee vividly recounts his investigation of the case, focusing on the crucial issue of physical evidence. As a criminalist who examined the remains of both Laci Peterson and Conner, he brings a distinctive perspective and unique voice to the case. He also weighs in on the verdict.Next, Dr. Lee considers the much-publicized abduction of Elizabeth Smart from her family’s Salt Lake City home. After a fruitless ten-month search, Elizabeth was found alive in a Salt Lake City suburb with Brian Mitchell and his wife, both of whom appeared to be mentally unstable. Dr. Lee—who investigated this compelling case—demonstrates the importance of physical evidence in reconstructing this crime. He also describes the role of brainwashing and outlines distinct similarities with the Patty Hearst case.In the final three chapters, Dr. Lee examines the case of a novelist accused of murdering his wife–who had also been the suspected link to a similar death in Germany—where a woman also fatally fell down a flight of stairs; the murder of a man’s wife in which both the husband and her lover are considered suspects (with an outcome that is guaranteed to shock!); and the killing of a witness of an accused arsonist shortly before his trial, with a stunning conclusion that derived from Dr. Lee’s intriguing investigative work.In each case, Dr. Lee presents — in addition to an engrossing narrative — the scientific details of how law enforcement investigated the crime, using the most recent advances in modern forensic tools. This is a fascinating insider's look by a world-renowned expert into the pursuit of justice in some of the most sensational and intriguing criminal cases of recent times. Read Less

The Wealth of Nations (Bantam Classics)