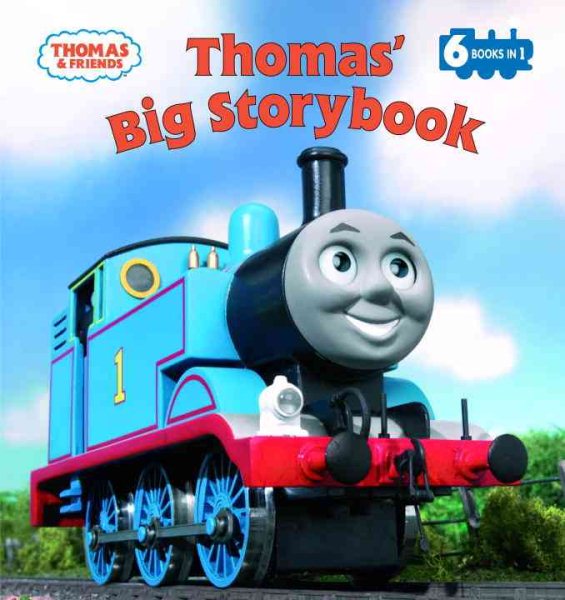 Collects twenty-four previously published stories about Thomas the tank engine and his friends, including "Henry to the Rescue," "Thomas Saves the Day," "James in a Mess," and "Edward's Exploit." Read More
Six action-packed Thomas & Friends™ books about the adventures of Thomas the Tank Engine and his many friends on the Island of Sodor are collected in a big, sturdy hardcover anthology. The six books offer a total of TWO DOZEN stories that train-loving girls and boys ages 3 to 7 will read over and over for hours of enjoyment. In addition to everyone's beloved Number 1 little blue steam engine, the stories also star Percy, Henry, James, Diesel, Donald and Douglas, Edward, Gordon, Annie and Clarabel, Terence the Tractor, Duck, Bertie the Bus, Harold the Helcopter, Bill and Ben, and many more characters. There's humor, friendship, and excitement for all! Read Less

A Better View for Gordon (Thomas & Friends): And Other Thoma...

Thomas and the Treasure (Thomas & Friends)