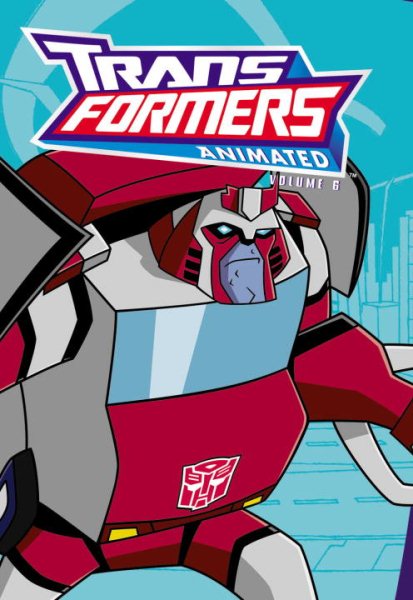 Optimus Prime and the Autobots join with their new friends on Earth to stop the Decepticons. Read More
The adventures of the TRANSFORMERS continue in this sixth volume of Transformers Animated! First, in "Headmaster," BULKHEAD worries that he's too big and destructive, but a former engineer for Sumdac is about to show all of Detroit that he know plenty about causing damage... unless the AUTOBOTS can stop him! Then, in "When Nature Calls," needing to investigate a mysterious energy signature in the forest outside Detroit gives Sari the perfect opportunity to teach JAZZ and BUMBLEBEE about the wonders of nature. But they're in for more the s'mores and ghost stories when their camping trip is turned upside down as they discover what it is that's been showing up on their scanners! Starring OPTIMUS PRIME, BUMBLEBEE, BULKHEAD, PROWL, RATCHET, Sari, Sumdac, and using actual still frames from the series itself, the Transformers Animated series puts new TF action in your pocket. Read Less

A Difficult Grace: On Poets, Poetry, and Writing (The Life o...