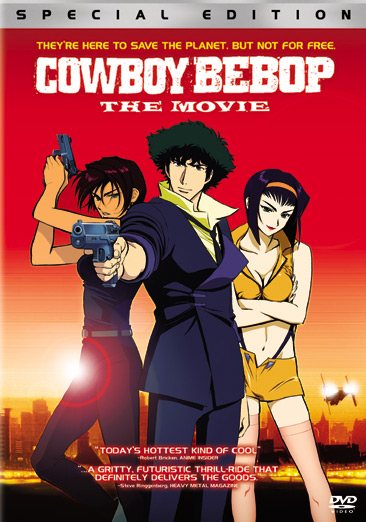 Spike Siegel and a group of bounty hunters in 2071 A.D. try to save the world from a group of men trying to destroy civilization. Read More
Mars. Days before Halloween 2071. Villains blow up a tanker truck on Highway One, releasing a deadly virus that kills hundreds. An astronomical reward is offered for the arrest of the person behind the destruction. On the spaceship Bebop, Spike and his crew of bounty hunters are bored and short of cash. News of the reward will change all that. This feature-length adventure is based on the wildly popular TV series. Read Less