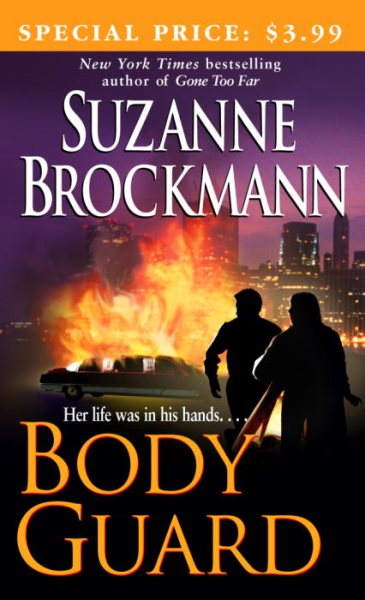 FBI agent Harry O'Dell's personal vendetta against the mob introduces him to the knockout blond wife of a mafia boss, and his feelings for her present the greatest danger of all. Reprint. Read More
When it comes to writing novels that brilliantly combine gripping suspense with fiery passion, Suzanne Brockmann has no equal. Bodyguard delves into the dangerous world of organized crime, in which a woman with mob ties must rely on a man she dare not touch. . . .Threatened by underworld boss Michael Trotta, Alessandra Lamont is nearly blown to pieces in a mob hit. The last thing she wants is to put what’s left of her life into the hands of the sexy, loose-cannon federal agent who seems to look right through her yet won’t let her out of his sight.FBI agent Harry O’Dell’s ex-wife and son were tragic casualties in his ongoing war against organized crime. He’ll do whatever it takes to bring Trotta down—even if it means sticking like glue to this blonde bombshell who unwittingly married into the mob. She needs him if she wants to stay alive. But staying alive is nothing next to the explosive attraction that threatens to consume them both—and puts them into the greatest danger of all . . . falling in love. Read Less

Into the Fire: A Novel (Troubleshooters)

Over the Edge (Troubleshooters, Book 3)