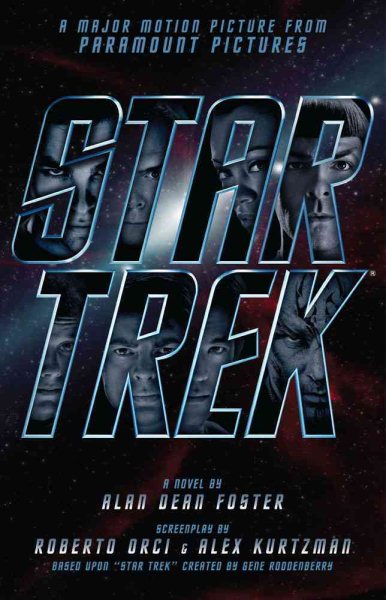 Kirk and Spock, graduates from Star Fleet Academy with contrasting personalities, must work together with their crew to defeat an alien captain intent on destroying all intelligent life in the galaxy. Read More
"Are you willing to settle for an ordinary life?or do you think you were meant for something better? something special?" One grew up in the cornfields of Iowa, fighting for his independence,for a way out of a life that promised only indifference, aimlessness,and obscurity. "You will forever be a child of two worlds, capable of choosing your own destiny. the only question you face is, which path will you choose?" The other grew up on the jagged cliffs of the harsh Vulcan desert, fighting for acceptance, for a way to reconcile the logic he was taught with the emotions he felt. In the far reaches of the galaxy, a machine of war bursts into existence in a place and time it was never meant to be. On a mission of retribution for the destruction of his planet, its half-mad captain seeks the death of every intelligent being, and the annihilation of every civilized world. Kirk and Spock, two completely different and unyielding personalities, must find a way to lead the only crew, aboard the only ship, that canstop him. "The wait is over." Read Less