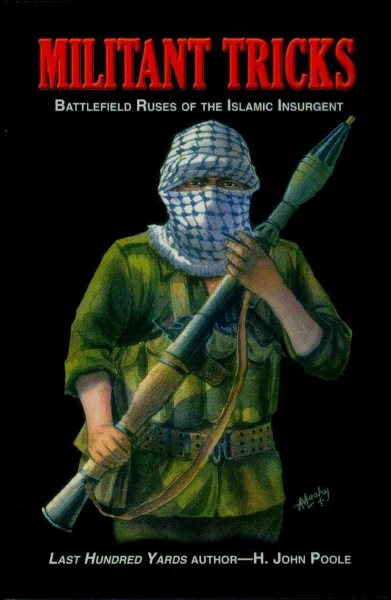 Since 9/11, deployed U.S. troops have experienced many things. Though the war in Afghanistan is still going, their hard-won lessons have yet to be assimilated by the Stateside bureaucracy. To help, Militant Tricks recounts America's progress in countering East Asian deception. Both Iraq and Afghanistan were part of the Mongol Empire for over 200 years and thus prone to every sort of ancient Chinese illusion. Militant Tricks also contains the tactical "techniques" with which to counter a Muslim urban offensive. While some of these nontraditional methods were risked during the Baghdad Surge, they may all too soon be forgotten. Read More
This book gauges America’s progress in Iraq and Afghanistan from a unique perspective—that of East-Asian battlefield deception. As both countries were part of the Mongol Empire for over 200 years, they are a perfect breeding ground for every sort of ancient Chinese trick—any one of the famous “36 Strategems.” In combination, those stratagems can make a losing adversary think he is winning. They have done so to America before.To see past the militant Muslim’s false face, one must look for the hidden intent behind his every initiative—whether martial or otherwise. Between September 2004 and September 2005, this book does just that for both theaters of war. For some readers, it will serve as an intelligence reference manual and be read a few paragraphs at a time. For others, it will provide an in-depth solution to the enemy’s so-far-successful formula and be read cover to cover. Militant Tricks reveals enemy information that active-duty Americans seldom see—that which is contained in the regional media and literature. When properly interpretted (by a student of Eastern tactics and mindset), that information may shed enough light on ongoing events to still win both wars. Read Less

One More Bridge to Cross: Lowering the Cost of War