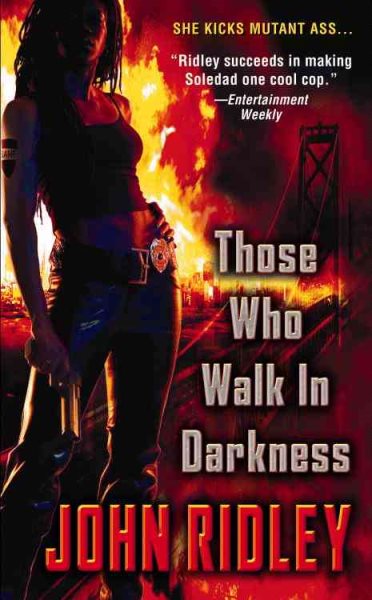 In a near-future world that has given way to the first genetically superior humans, a woman police officer and the genetically enhanced members of the M-Tac squad fight genetically superior people who use their new powers for illegal causes. Reprint. Read More
Soledad "Bullet" O'Roark writes her own rules. Usually it gets her in trouble. On her first day with the L.A.P.D.'s elite Mtac squad, Soledad takes down an outlawed super-powered freak with a weapon she designed herself-a definite violation. Her love life is no less chaotic. It's hard to find a decent guy with nothing to hide. But there's not much room in Soledad's life for romance when a cop-killer is on the loose. The "baddest" freak of all, this one can control people's minds and make them commit anything he wants... including murder. Read Less

Goodreads reviews for Those Who Walk in Darkness