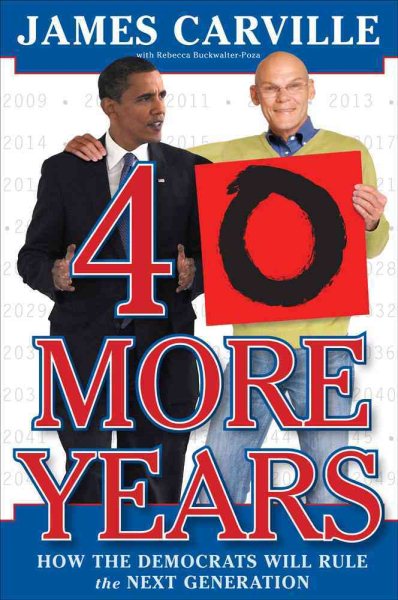 The political strategist dissects the failures of the Republican Party and examines the reasons why he believes a Democratic majority will maintain a long-term hold on power. Read More
Every four years Americans hold a presidential election. Somebody wins and somebody loses. That's life. But 2008 was an anomaly. The election of President Barack Obama is about something far bigger than four or even eight years in the White House. Since 2004, Americans have been witnessing and participating in the emergence of a Democratic majority that will last not four but forty years.To understand the emergence of a lasting Democratic majority we'll first have to spend a few moments reviewing the profound and relentless incompetence of the Bush administration -- and the pursuant collapse of the Republican Party. That means looking back at the failure of Republican ideas -- including a wholesale rejection of the myth of conservative superiority on the economy -- and holding our noses long enough to survey the gallery of truly repellent scoundrels, scandals, and screwups that the Republican Party has been responsible for over the last eight years.After completing the unpleasant but edifying task of autopsying the Republican Party, we'll examine the underpinnings of Democratic victories in 2004, 2006, and 2008 -- and make the argument for why Democrats are going to keep winning. (Two words: young people.) In short, the Republicans are going to keep getting spanked again and again for forty more years because we're right and they're wrong, and Americans know it. Read Less

Goodreads reviews for 40 More Years: How the Democrats Will Rule the Next Generation