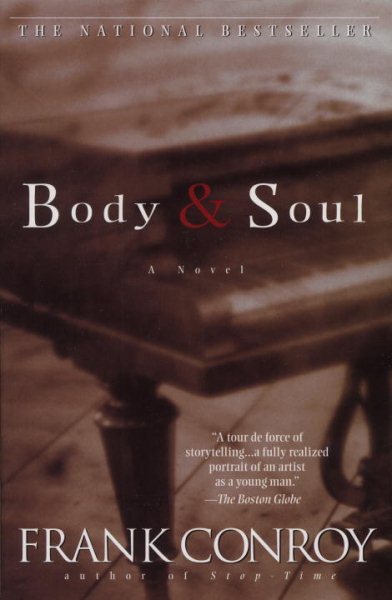 Claude Rawlings, a poverty-stricken young man, feels stymied by life, until he finds an old piano and embarks on a musical odyssey that takes him into a world of wealth, power, and fame Read More
In the dim light of a basement apartment, six-year-old Claude Rawlings sits at an old white piano, picking out the sounds he has heard on the radio and shutting out the reality of his lonely world.The setting is 1940s New York, a city that is "long gone, replaced by another city of the same name." Against a backdrop that pulses with sound and rhythm, Body & Soul brilliantly evokes the life of a child prodigy whose musical genius pulls him out of squalor and into the drawing rooms of the rich and a gilt-edged marriage.But the same talent that transforms him also hurtles Claude into a lonely world of obsession and relentless ambition. From Carnegie Hall to the smoky jazz clubs of London, Body & Soul burns with passion and truth--at once a riveting, compulsive read and a breathtaking glimpse into a boy's heart and an artist's soul. Read Less

Goodreads reviews for Body and Soul: A Novel

Dogs Bark, but the Caravan Rolls On: Observations Then and N...