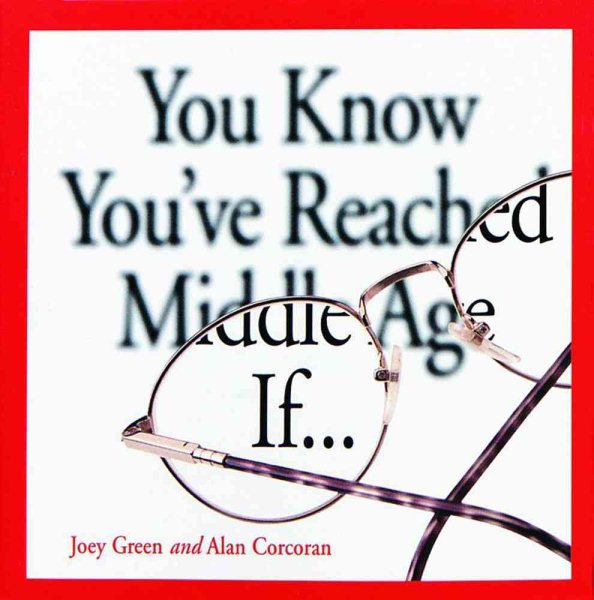 Offers a humorous list of telltale signs of middle age, including "Your baby pictures are in black and white," and "You've been to a drive-in movie" Read More
Every 18 seconds another Baby Boomer turns 50 and confronts that dreaded milestone: middle age. But the "Me Generation" seems to be defining middle age based on a projected life span of 120 years. In other words, they're in denial, big time.This lighthearted book will clear up any confusion readers might have about whether they're still young at heart, or if they're being dragged kicking and screaming over the threshold of middle age.It's indisputable that you've reached middle age if . . .* You watch reruns of Leave it to Beaver, The Brady Bunch, or The Wonder Years and you identify with the parents.* You remember when meat, potatoes, and gravy were considered a well-balanced meal.* The only illegal herbs you're interested in smuggling into the country are Cuban cigars.* You've come to the annoying realization that your parents were right about almost everything.* Your computer has more memory than you do.* You remember when TVs had antennas and telephones had cords.You Know You've Reached Middle Age If . . . also includes bonus sections like "What Others Say About Middle Age" (with witty celebrity quotes) and "There's Still Hope," listing notable late bloomers and their accomplishments. A couple of these inspiring tidbits: Daniel Defoe wrote Robinson Crusoe at 59, and at 77 John Glenn orbited the Earth in a space shuttle.This charming and clever look at the mature lifestyle will gently break the news to readers that they're middle aged, and humorously assure them that that's okay. Read Less

Goodreads reviews for You Know You've Reached Middle Age If...

Clean It! Fix It! Eat It!: Easy Ways to Solve Everyday Probl...