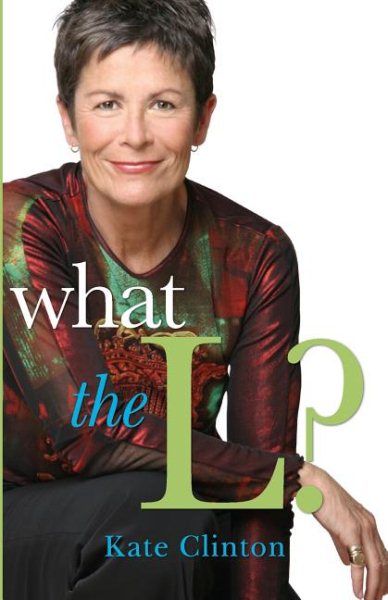 The humorist who has appeared on Good Morning America and Nightline presents a series of essays that confront a host of gay and lesbian issues, from gay marriage to gay Republicans. Original. Read More
What the L? is a new collection of published and unpublished writings that showcases Kate Clinton’s gifts as one of the all-time favorite lesbian comics. Like Ellen DeGeneres and Rosie O’Donnell, Clinton is a nationally acclaimed quick-witted, laugh-out-loud funny comic whose hilarious takes on everything from gay marriage (mad vow disease”) andQueer Eye for the Straight Guy, to gay Republicans and the War on Terrorism have earned her a devoted following. She has appeared on many television programs, including Good Morning America, Nightline, Entertainment Tonight, and writes monthly columns for Progressive and the Advocate. Read Less

Goodreads reviews for What the L

I Told You So

Don't Get Me Started