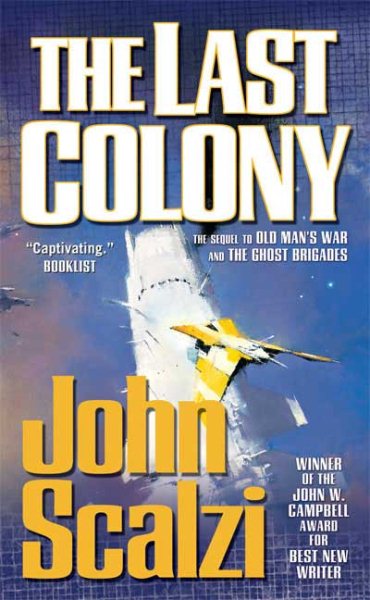 The highly-anticipated conclusion to the science fiction trilogy begun with Old Man's War and The Ghost Brigades. Read More
Retired from his fighting days, John Perry is now village ombudsman for a human colony on distant Huckleberry. With his wife, former Special Forces warrior Jane Sagan, he farms several acres, adjudicates local disputes, and enjoys watching his adopted daughter grow up.That is, until his and Jane's past reaches out to bring them back into the game — as leaders of a new human colony, to be peopled by settlers from all the major human worlds, for a deep political purpose that will put Perry and Sagan back in the thick of interstellar politics, betrayal, and war.Old Man's War Series #1 Old Man’s War #2 The Ghost Brigades #3 The Last Colony #4 Zoe’s Tale #5 The Human Division #6 The End of All Things Short fiction: “After the Coup” Other Tor Books The Android’s Dream Agent to the Stars Your Hate Mail Will Be Graded Fuzzy Nation Redshirts Lock In The Collapsing Empire (forthcoming) Read Less

Agent to the Stars