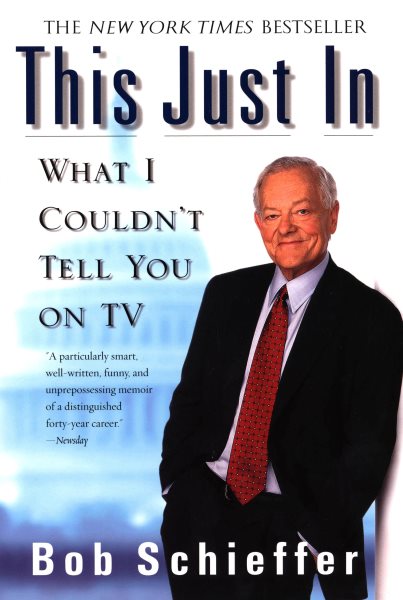 A CBS News broadcast journalist traces his long and distinguished career and shares behind-the-scenes information about key historical and political events of the past four decades. Read More
Bob Schieffer started his reporting career in Texas when he was barely old enough to buy a beer, joined CBS News in 1969, and became one of the few correspondents ever to have covered all four major Washington beats: the White House, the Pentagon, the State Department, and Capitol Hill. Over the past four decades, he's seen it all-and now he's sharing the after-hours tales only his colleagues know. Read Less

Goodreads reviews for This Just In: What I Couldn't Tell You on TV

Overload: Finding the Truth in Today's Deluge of News

This Just In: What I Couldn't Tell You on TV

Face the Nation: My Favorite Stories from the First 50 Years...