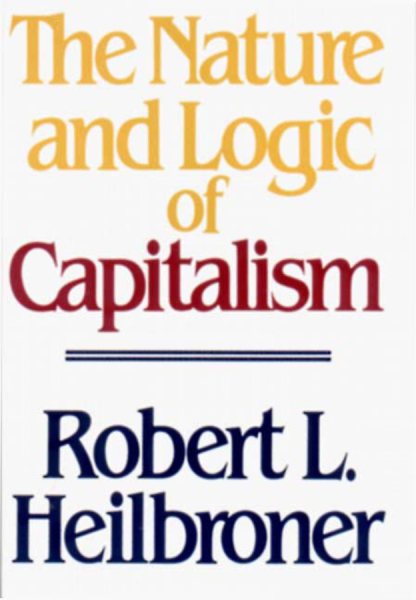 The Nature and Logic of Capitalism Read More
In search of an answer, The Nature and Logic of Capitalism takes us on a far-ranging exploration to the unconscious levels of the human psyche and the roots of domination and submission; to the organization of primitive society and the origins of wealth; to the sources of profit and the conception of a "regime" of capital; to the interplay of relatively slow-changing institutions and the powerful force of the accumulation of wealth. By the end of this tour we have grappled not only with ideas of Adam Smith and Karl Marx but with Freud and modern anthropologists as well. And we are far closer to understanding capitalism in our time, its possibilities and limits. Read Less

Goodreads reviews for The Nature and Logic of Capitalism

In the Name of Profit: Profiles in Corporate Irresponsibilit...

Student Companion to The Economic Problem