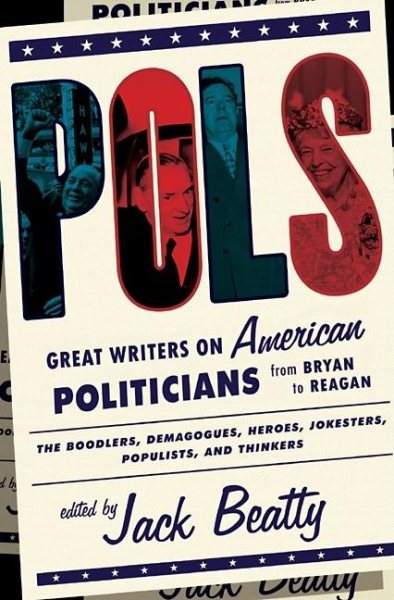 Beatty (senior editor, The Atlantic Monthly) collects "some of the best biographical and historical writing I know of," choosing his 21 selections for their quality and variety of approaches. Among the writings included are John Dos Passos on Theodore Roosevelt, H.L. Mencken on Warren Harding, Robert Caro on Sam Rayburn, Norman Mailer on John F. Kennedy, Mike Royko on Richard J. Daley, and (somewhat immodestly) Beatty himself on former Boston Mayor James Curley. Annotation ©2004 Book News, Inc., Portland, OR (booknews.com) Read More
In Pols, Jack Beatty presents a writer's portrait gallery of America's most famous and infamous politicians. Whether it's John Dos Passos' brilliant six-page treatment of the life of Theodore Roosevelt, H.L.Mencken on Warren Harding's vapid orotundity, Richard Hofstadter on Herbert Hoover's cult of the individual, Hodding Carter on the terrifying rise of Huey Long, Robert A.Caro on the lonely integrity of Sam Rayburn, Fred Greenstein on the subtle wisdom of Dwight Eisenhower, Richard Rovere on Joe McCarthy the liar, Mike Royko on a day in the life of Richard M. Daley, Lou Cannon on Ronald Reagan's use of humor, or James Fallows on the passionless presidency of Jimmy Carter, these and other classic pieces come at the American breed of politicians from every sort of angle. Particularly at the height of this political season, it's both edifying and a joy to read some of America's greatest political biographers on a century of its most notable politicians. The writers in Pols show us American politicians in all their stripes --cowardly and brave, charismatic and enigmatic, in charge and lost at sea. Pols, a brilliant collection for the bookshelf or nightstand of any political junkie or fan of good writing, is a literary investigation into American political history at its earthiest and its most high flown. Read Less

Colossus: How the Corporation Changed America

A Certain People: American Jews and Their Lives Today