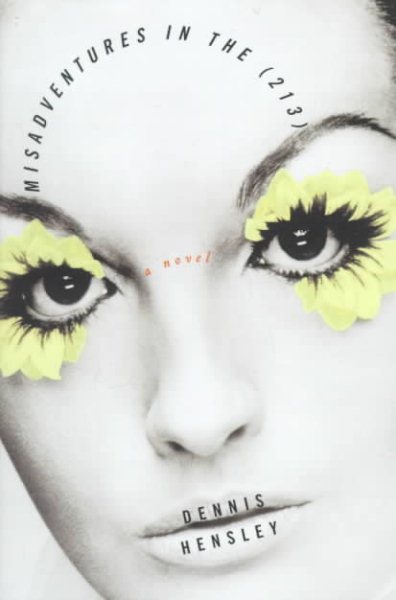 Tells the story of Craig, a struggling screenwriter; his best friend Dandy Rio, who has her own sitcom; their mutual friend Miles the publicist; Ulysses, a poor musician; and a plethora of love slaves Read More
What Armistead Maupin did for San Francisco, Detour columnist Dennis Hensley does double for Los Angeles in a tale of a struggling screenwriter, his circle of urbane celebrity-seeking friends, and their madcap attempts to make it in the biz."(213)?" you may ask. Well, the area code, of course."Misadventures?"Just the usual crazy high jinks underemployed Tinseltown wannabes usually get up to. Like making off with fish from Tina Louise's koi pond. Or calling Leeza Gibbons via Airfone to ask who does her headshots. Or harassing Alicia Silverstone with tales of watermelon-loving porn stars. Or auctioning off Andrew Shue's chicken wing and Heather Locklear's lip print for charity. You know.And the wannabes themselves? Well, there's Craig, the aforementioned struggling screenwriter. And Dandy Rio, his best friend and star of her own hit sitcom, That's Just Dandy. Miles, their superpublicist friend, and Ulysses, a noble but unsuccessful musician from Craig and Dandy's college days. Oh, and a whole slew of love slaves.Packed with Hollywood life lessons and more B-level celebs than you can shake a casting sheet at, Misadventures in the (213) is a brilliantly witty romp through the L.A. entertainment machine. And just wait till you come out the other end.Because, of course, money, fame, and glamour aren't everything. Read Less

Goodreads reviews for Misadventures in the (213)

A Certain People: American Jews and Their Lives Today