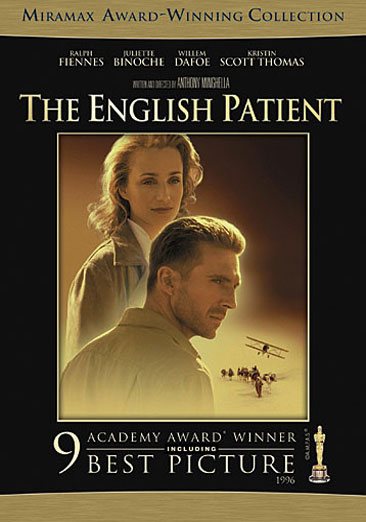 At the end of World War II, four survivors live in an abandoned villa in Italy: a nurse, her English patient, a thief whose skills were put to heroic use during the war, and an Indian sapper hunting out unexploded bombs. Read More
During World War II, when a mysterious stranger (Ralph Fiennes - Schindler's List) is rescued from a fiery plane crash, he is cared for by American allies unaware of the dangerous secrets of his past. Yet, as the mystery of his identity is slowly revealed, an incredible tale of passion, intrigue and adventure unfolds! Also starring Kristin Scott Thomas (Four Weddings and a Funeral) and Willem Dafoe (Clear and Present Danger), The English Patient is a powerful cinematic triumph sure to entertain you! Read Less