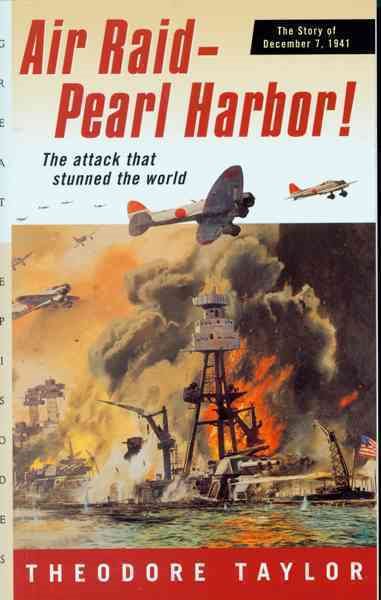 Examines from both the American and Japanese points of view the political and military events leading up to the attack on Pearl Harbor. Read More
On December 7, 1941, Americans were stunned to learn that Japanese forces had launched an attack on Pearl Harbor. In this engrossing and extensively researched account, Theodore Taylor examines both sides of the battle, taking a close look at the events leading up to it and providing compelling insight into the motives and operations of the brave men and women swept up in the fight. Read Less

Goodreads reviews for Air Raid--Pearl Harbor!: The Story of December 7, 1941