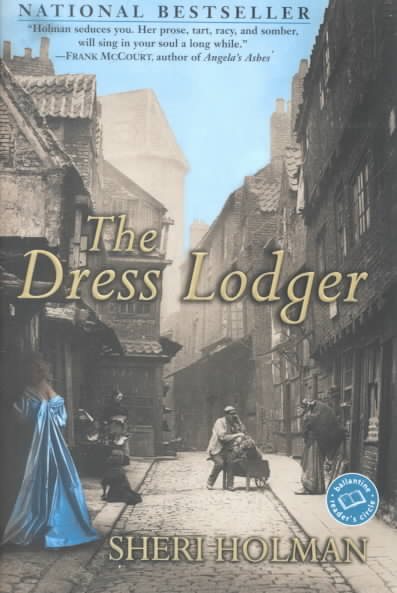 In a novel set in London during the Industrial Revolution, a prostitute borrows a blue dress to attract a higher class of client and is shadowed through the streets by an evil old woman hired by the dress' owner to keep an eye on her. Read More
In Sunderland, England, a city quarantined by the cholera epidemic of 1831, a defiant, fifteen-teen-year old beauty in an elegant blue dress makes her way between shadow and lamp light. A potter's assistant by day and dress lodger by night, Gustine sells herself for necessity in a rented gown, scrimping to feed and protect her only love: her fragile baby boy. She holds a glimmer of hope after meeting Dr. Henry Chiver, a prisoner of his own dark past. But in a world where suspicion of medicine runs rampant like a fever, these two lost souls will become irrevocably linked, as each crosses lines between rich and destitute, decorum and abandon, damnation and salvation. By turns tender and horrifying, The Dress Lodger is a captivating historical thriller charged with a distinctly modern voice. . . . Read Less