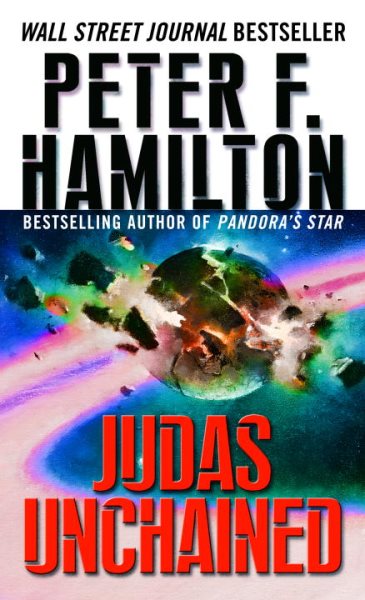 The factions in the embattled Commonwealth must come together to battle not only the predatory alien species, the Prime, but also the Starflyer, a mysterious and undetectable alien with irresistible mind-control abilities. Read More
WALL STREET JOURNAL BESTSELLER  &; &;An interstellar suspense thriller . . . sweeping in scope and emotional range.&;&;San Antonio Express-NewsIn the star-spanning civilization known as the Intersolar Commonwealth, twenty-three planets have fallen victim to the Prime, a technologically advanced alien species genetically hardwired to exterminate all other forms of life. But the Prime is not the only threat. The Starflyer, an alien with mind-control abilities impossible to detect or resist, has secretly infiltrated the Commonwealth and is sabotaging the war effort. Is the Starflyer an ally of the Prime, or has it orchestrated a fight to the death between the two species for its own advantage? Caught between two deadly enemies, the fractious Commonwealth must unite as never before. This will be humanity&;s finest hour&;or its last gasp.Praise for Judas Unchained, the sequel to Pandora&;s Star&;Bristles with the energy of golden age SF, but the style and characterizations are polished and modern.&;&;SF Site&;You&;re in for quite a ride.&;&;The Santa Fe New Mexican&;The reader is left breathless in amazement.&;&;SFRevu Read Less