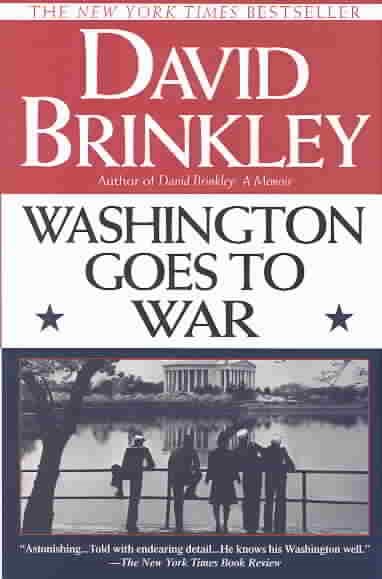 In unforgettable detail, Brinkley recalls how today's center of international affairs, Washington, D.C., once little more than a slow Southern town that hosted elected officials, picked up its pace and found itself with World War II on its hands. Reprint. Read More
"Astonishing. . . Told with endearing detail . . . He knows his Washington well."--The New York Times Book Review"HILARIOUS AND INSTRUCTIVE . . . Brinkley has written an impressionist history, comparable to a pointillist painting composed of small points of color that, seen whole, comprise a remarkably truthful record of reality."--George F. Will The Washington PostToday the hub of international affairs and government, Washington, D.C. was once little more than a sleepy, early-to-bed Southern town that happened to host our nationally elected officials. Esteemed, award-winning journalist David Brinkley remembers well what it was like--how Washington awoke from its slumber and found itself with World War II on its hands. It was left to Washington to print the paper, alphabetize the bureaucracies, host the parties, pitch the propaganda, write the laws, launch the drives, draft the boys, hire the "government girls," and engage in an often hilarious administrative war of words, wit, and even some wisdom."EVOCATIVE . . . One gets the sense that he was everywhere in Washington, with a bird's-eye view of the show from start to finish. . . . A grand and moving drama."--Christopher Lehmann-Haupt The New York Times"A wonderful read for those of us who lived through it. It should be even better for those who are too young to remember."--The Washington Monthly Read Less

Everyone Is Entitled to My Opinion

Brinkley's Beat: People, Places, and Events That Shaped My T...