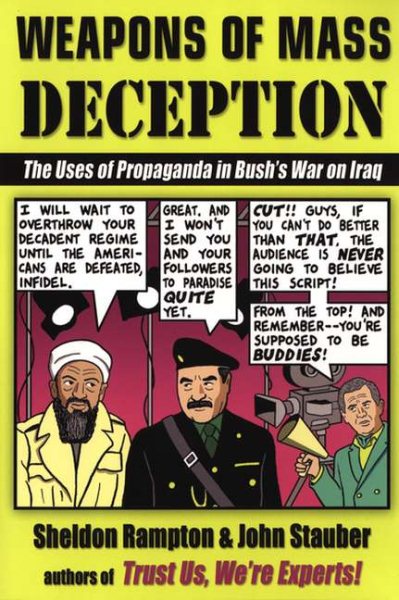 Examines the campaign to sell the Iraq War to the American public, including supposed links to the events of September 11, 2001, rumors of weapons stockpiles, and the reaction of commercial news media to White House reports. Read More
Weapons of Mass Deception reveals: How the Iraq war was sold to the American public through professional P.R. strategies. "The First Casualty": Lies that were told related to the Iraq war. Euphemisms and jargon related to the Iraq war, e.g. "shock and awe," "Operation Iraqi Freedom," "axis of evil," "coalition of the willing," etc. "War as Opportunity": How the war on terrorism and the war on Iraq have been used as marketing hooks to sell products and policies that have nothing to do with fighting terrorism. "Brand America": The efforts of Charlotte Beers and other U.S. propaganda campaigns designed to win hearts overseas. "The Mass Media as Propaganda Vehicle": How news coverage followed Washington's lead and language. The book includes a glossary &#151; "Propaganda: A User's Guide" &#151; and resources to help Americans sort through the deceptions to see the strings behind Washington's campaign to sell the Iraq war to the public. Read Less

Goodreads reviews for Weapons of Mass Deception: The Uses of Propaganda in Bush's War on Iraq

Toxic Sludge is Good For You: Lies, Damn Lies and the Public...

Trust Us We're Experts: How Industry Manipulates Science and...

Banana Republicans: How the Right Wing is Turning America In...