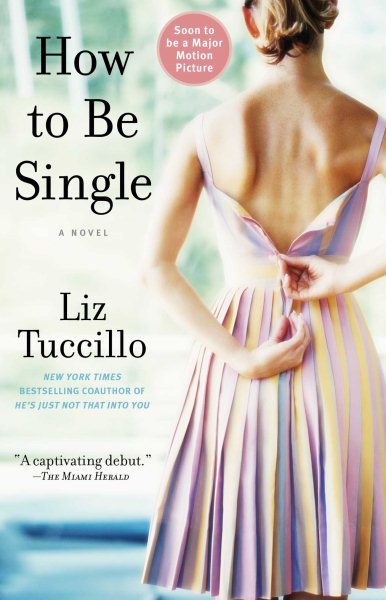 The inspiration for the major motion picture! From the coauthor of He’s Just Not Th... Read More
The inspiration for the major motion picture! From the coauthor of He’s Just Not That Into You and a former story editor for Sex and the City, How to Be Single is about one woman’s attempts to navigate a world filled with ever-evolving definitions of love.Julie Jenson is a single thirty-seven-year-old book publicist in New York. When her friend Georgia’s husband leaves her for a samba teacher, she forces Julie to organize a single girls’ night out to remind her why it’s so much fun not to be tied down. But the night ends up having the opposite effect on Julie. Fed up with the dysfunction and disappointments of singledom, Julie quits her job and sets off to find out how women around the world are dealing with this dreaded phenomenon. From Paris to Brazil to Sydney, Bali, Beijing, Mumbai, and Reyjavik, Julie falls in love, gets her heart broken, sees the world, and learns more than she ever dreamed possible. All the while her friends at home are grappling with their own issues—bad blind dates, loveless engagements, custody battles, single motherhood, and the death of a loved one. Written in Liz Tuccillo’s pitch-perfect, hilarious, and relatable voice, How to Be Single is “a summer read that, for once, accurately depicts the hopes, fears, and bad dates of a single woman looking for love” (Parade). Read Less

Goodreads reviews for How to Be Single: A Novel

He's Just Not That Into You: Your Daily Wake-Up Call