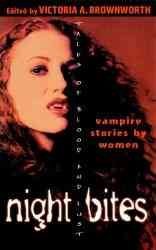 Coming Out of Cancer: Writings from the Lesbian Cancer Epide...

By Brownworth, Victoria A. (EDT)

The Good Marriage: How and Why Love Lasts