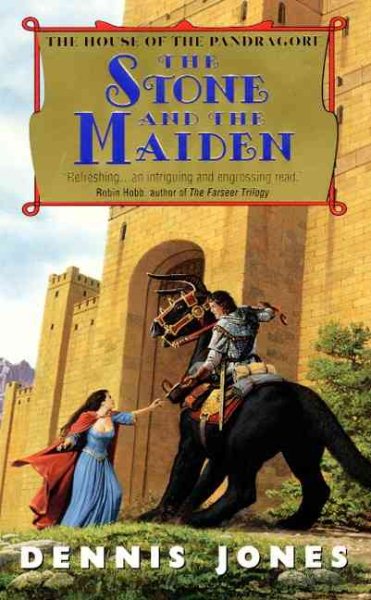 Mandine Dascaris is set to take the throne of the Ascendancy, but first she must prove herself worthy by besting a sorcerer who has returned from the dead and raised a powerful army to challenge her. Reprint. Read More
There are many dangerous intrigues fomenting within the royal house of the pandragore -- and a dark, devouring magic descending upon it from without.Any or all of them could bring devastation to the realm.Young Mandine Dascaris is next in line to occupy the throne of the Ascendancy -- if a father's fear and a sister's mad ambition do not brutally deny her birthright. But now a bloodthirsty barbarian horde is cutting a scarlet swath across the lands. At the head of the invading army is a master of the dreaded Black Craft -- a sorcerer returned from the dead, who has harnessed the most terrible magic the world has ever known.Only one ally stands at Mandine's side: the brave outlander soldier Key Mec Brander. And but one road is open before them, a twisting and terrifying path that will lead them to the Signata. A sacred treasure as enigmatic to the gods as it is to mortals, it is the place that contains all places, the moment that contains all moments. Only thrice in forty centuries has it appeared in the world, and each time in a different form. It alone is the potent sorcery Mandine and her loyal knight Key require to defeat their foul nemesis and save the Ascendancy. But possessing it may cost them their souls. Read Less

Goodreads reviews for The Stone and the Maiden (House of the Pandragore, Book 1)

The Mask and the Sorceress Book 2

The Stone and the Maiden (House of Pandragore)