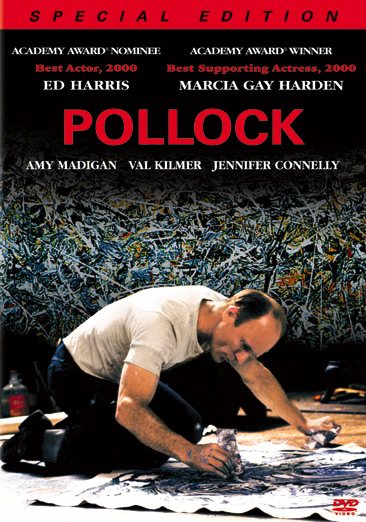 The volatile relationship between American artist Jackson Pollock and his wife, Lee Krasner. Read More
"Fellow artists and lovers Jackson Pollock and Lee Krasner are at the center of New York's 1940's art scene, but as Krasner neglects her work to push Pollock's career forward, Pollock begins to unravel emotionally. Pollock and Krasner escape to the country to marry, and soon, Pollock creates the work that makes him the first internationally-famous modern painter in America. But with fame and fortune comes a volatile temper and severe self-doubt; before long, Pollock's life threatens to explode"--Container. Read Less

The Killer Inside Me