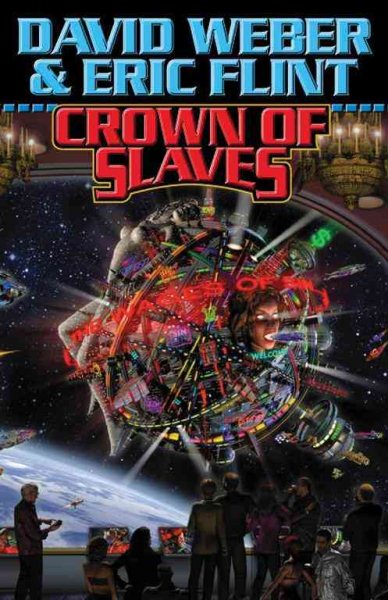 With its erstwhile ally Erewhon growing restive in the alliance, the Star Kingdom's Queen Elizabeth sends a mission to Erewhon led by Captain Zilwicki and one of her nieces, but upon arriving at their destination, they find Republic of Haven agent Victor Cachat, a conspiracy led by the Solarian League's military delegation, and a radical freed slave organization. Reprint. Read More
The Star Kingdom of Manticore has Alienated an Ally It can't Afford to Lose. Space adventure in the New York Times Best-Selling Universe of Honor Harrington-First Time in Paperback!Beginning a new blockbuster series set in the "Honorverse"-the universe of Honor Harrington. The Star Kingdom's ally Erewhon is growing increasingly restive in the alliance because the new High Ridge regime ignores its needs. Add to that the longstanding problem of a slave labor planet controlled by hostile Mesans in Erewhon's stellar back yard, a problem which High Ridge also ignores. Finally, the recent assassination of the Solarian League's most prominent voice of public conscience indicates the growing danger of political instability in the Solarian League - which is also close to Erewhon. In desperation, Queen Elizabeth tries to defuse the situation by sending a private mission to Erewhon led by Captain Zilwicki, accompanied by one of her nieces. When they arrive on Erewhon, however, Manticore's most capable agent and one of its princesses find themselves in a mess. Not only do they encounter one of the Republic of Haven's most capable agents - Victor Cachat - but they also discover that the Solarian League's military delegation seems up to its neck in skullduggery. And, just to put the icing on the cake, the radical freed slave organization, the Audubon Ballroom, is also on the scene - led by its most notorious killer, Jeremy X. Read Less