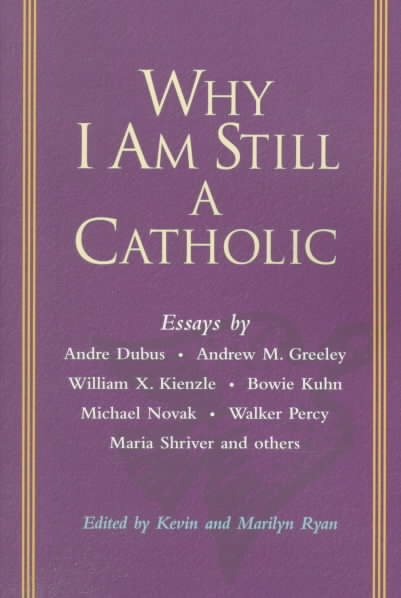 A collection of personal accounts reveals what binds people to the Catholic Church and why educated people attend a Church so often criticized by outsiders as "authoritarian" or "out of step with the times." Original. Read More
What draws—and binds—thoughtful, educated people to a Church so often criticized by outsiders (and even members) as "authoritarian" or "out of step with the times?" This collection of personal accounts answers that question in diverse, fascinating, and deeply moving ways. Novelist William Kienzle discusses his years in the seminary, explaining why he eventually left the priesthood—but not the Church. Kathleen Howley reveals how God replaced alcohol in her life, and why the traditional Latin Mass holds so much more appeal than the folk Masses of her youth. Former baseball commissioner Bowie Kuhn compares his feelings for the Church with his lifelong belief in "team loyalty." Jon Hassler vividly recalls two very different childhood friends—and the attractions of both evil and goodness. These writers, and numerous others, offer a remarkable portrait of today's Catholic Church, creating a new understanding of how its presence has endured for nearly two thousand years, and why it continues to thrive. Read Less

Goodreads reviews for Why I Am Still a Catholic

The Prince and the Pooch (Adventures of Wishbone, No. 3)

Happiness and Virtue Beyond East and West: Toward a New Glob...