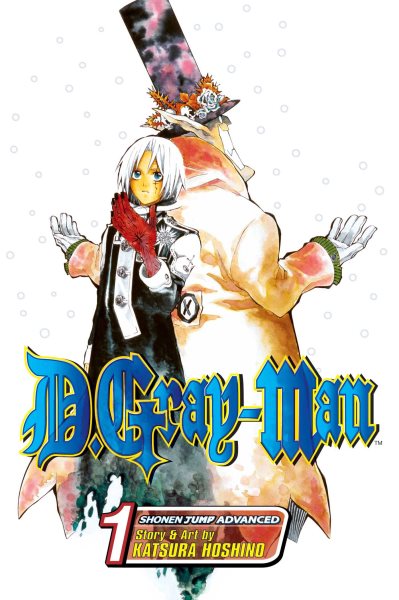 Allen Walker, along with the other Exorcists--people possessed by God--must prevent the end of the world by fighting and defeating the Millennium Earl, demons, and evil using the special substance known as "Innocence." Read More
A cursed teenage boy saves mankind one soul at a time.Set in a fictional 19th century England, D.Gray-man is the story of Allen Walker, a 15-year-old boy who roams the earth in search of Innocence. Washed away to unknown parts of the world after The Great Flood, Innocence is the mysterious substance used to create weapons that obliterate demons known as akuma.A born exorcist, Walker's primary anti-akuma weapon is the cross that's embossed on his red, disfigured left hand, which contains Innocence. But not only does Walker destroy akuma, he sees the akuma hiding inside a person's soul! Together with his fellow exorcists fighting under the command of the Black Order, Walker leads the battle against the Millennium Earl, the evil being out to destroy mankind. Read Less

The man on the bench in the barn