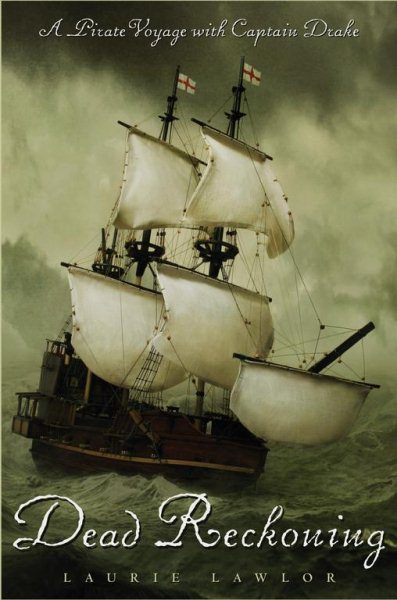 Emmet, a fifteen-year-old orphan, learns hard lessons about survival when he sails from England in 1577 as a servant aboard the Golden Hind--the ship of his cousin, the explorer and pirate Francis Drake--on its three-year circumnavigation of the world. Read More
Emmet never knew he had a cousin -- a significant discovery for anyone, but for Emmet, life changing. For within moments of meeting Captain Francis Drake, Emmet is invited to be his cousin's servant aboard the Pelican on a glorious trading expedition to exotic Alexandria, Tripoli, and Constantinople. It is a chance to go on a great voyage and to escape the angry mobs who now threaten him and his home. Emmet accepts. At sea with Captain Drake, Emmet learns more than his Latin or Greek texts, or his former mentor and guardian, Father Parfoothe, could ever teach. As Drake changes course and heads his unsuspecting crew directly for the dreaded Strait of Magellan, his sailors become restless and angry; animals who sniff out fear. Emmet quickly discovers how to mask his nerves. As he witnesses death upon bloody death of those who are civil and kind, and sees innocent people of peace cut to shreds by men who seemed good, he realizes he must pick his friends carefully and to rely on none. As he finds out what real anger is, he experiences firsthand what it is like to be a murderer. As the journey continues and Drake's crew pursues the fabled Silver Ship, Emmet comes to see how a taste of wealth can turn men into monsters. In the face of weakness he learns strength. These are lessons that come painfully, and often they come with a price -- but they are lessons that are essential if Emmet is to survive.Slowly Emmet begins forging a new path, a new pursuit: that of freedom, of both the body and mind. And it is this that helps him steer a steady course through the greed, the brutality, and the wildness that he is surrounded by day in and day out as the Pelican pushes forward through murky seas. In these pages, award-winning author Laurie Lawlor sweeps us aboard ship with Captain Drake as we follow Emmet on an increasingly desperate journey of self-discovery while at sea with a motley crew of gold-thirsty men. Read Less

Addie Across the Prairie

Where Will This Shoe Take You?: A Walk Through the History o...