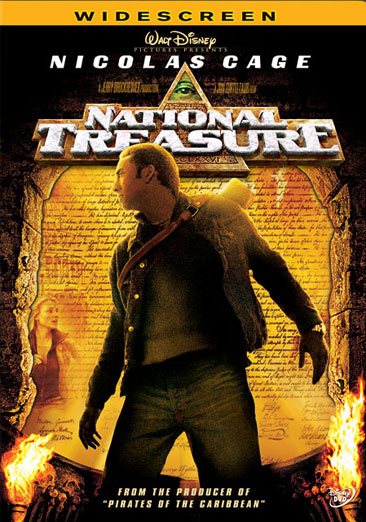 Coming from a long line of treasure hunters, Benjamin Franklin Gates is given clues by his ancestors leading to a valuable and mysterious treasure hidden during America's revolution and sought after by both his enemies and the FBI. Read More
Ever since he was a boy, Benjamin Franklin Gates has been obsessed with finding the legendary Knights Templar Treasure, the greatest fortune known to man. As Gates tries to find and decipher ancient riddles that will lead him to it, he's dogged by a ruthless enemy who wants the riches for himself. Now in a race against time, Gates must steal one of America's most sacred and guarded documents -- the Declaration of Independence -- or let it, and a key clue to the mystery, fall into dangerous hands. Heart-pounding chases, close calls and the FBI turn Gates' quest into a high-stakes crime caper and the most exciting treasure hunt you've ever experienced. Read Less