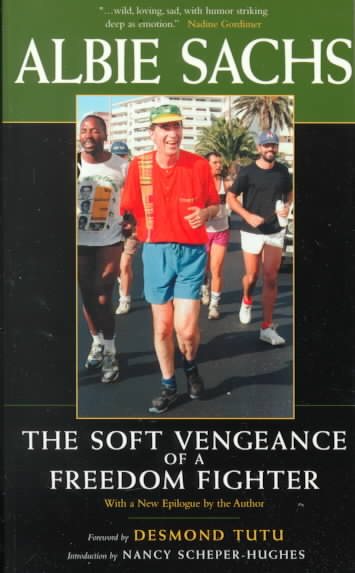 "I've never read anything quite like this bookwild, loving, sad, with humor striking deep as emotion."--Nadine Gordimer Read More
On April 7, 1988, Albie Sachs, an activist South African lawyer and a leading member of the ANC, was car-bombed in Maputo, capital of Mozambique, by agents of South Africa's security forces. His right arm was blown off and he lost the sight of one eye. This intimate and moving account of his recovery records the gradual recuperation of his broken body, his complex interaction with health professionals, the importance of touch and sensuality, and his triumphant reentry into the world. It also captures the spirit of a remarkable man: his enormous optimism, his commitment to social justice, and his joyous wonder at the life that surrounds him. In a new epilogue, Sachs gives a gripping insider's view of the major public events of the last decade--the election of Nelson Mandela, the formation of the Constitutional Court and Sachs's appointment as judge, and his own role with the Truth and Reconciliation Commission. Read Less

Goodreads reviews for The Soft Vengeance of a Freedom Fighter, New Edition

Love: The Words and Inspiration of Mother Teresa (Me-We)

A Day in the Life of Africa

Mugabe and the White African: Dostoyev