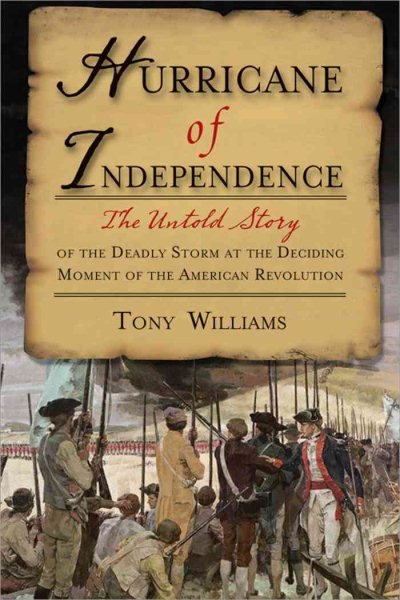 Hurricane of Independence is the fascinating untold story of the opening of the American Revolution amidst the devastation of a brutal storm. Read More
The sleeper history hit of 2008, released in paperback to coincide with the heart of hurricane seasonOn September 2, 1775, the eighth deadliest Atlantic hurricane of all time landed on American shores. Over the next days, it would race up the East Coast, striking all of the important colonial capitols and killing more than four thousand people. In an era when hurricanes were viewed as omens from God, what this storm signified to the colonists about the justness of their cause would yield unexpected results. Drawing on ordinary individuals and well-known founders like Washington and Franklin, Tony Williams paints a stunning picture of life at the dawn of the American Revolution, and of the weighty choice people faced at that deciding moment.Hurricane of Independence brings to life an incredible time when the forces of nature and the forces of history joined together to produce courageous stories of sacrifice, strength, and survival. Read Less

Goodreads reviews for Hurricane of Independence: The Untold Story of the Deadly Storm at the Deciding Moment of the American Revolution

Hurricane of Independence: The Untold Story of the Deadly St...

The Jamestown Experiment: The Remarkable Story of the Enterp...