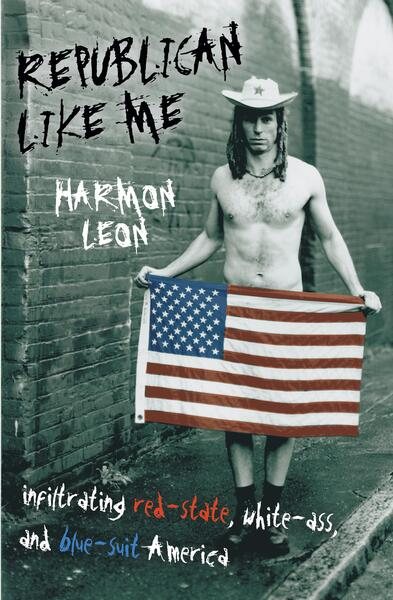 Journalist and comedian Leon conducts a series of anthropological experiments designed to illuminate the world of conservative USA. As he is a self-described liberal his targets are rather predictable (white supremacists, cheerleaders and Christians) but his results are not, and vary from finding J. Edgar Hoover's drag name to the hunting weapon of choice of Ted Nugent to where precisely to put your knife and fork after lunch. He slightly dishevels a discretely exclusive gated community, protects the governor of California for money, and invokes St. Paul's Epistle to the Corinthians within the context of a wrestling match. Whether or not he learned anything about US conservatism is open to question, but whether or not he had a howling good time is not. Annotation ©2006 Book News, Inc., Portland, OR (booknews.com) Read More
When the red states trumped the blue states in the 2004 presidential election, many Democrats were left wondering just what makes the conservative mindset tick. Wonder no more. Join self-described "infiltration journalist" Harmon Leon as he goes undercover to explore what being conservative really means.A flaming liberal in real life, Leon has been called "a cross between Michael Moore and South Park." He shares with readers his hilarious misadventures as he dons the persona of a "pissed-off convenience store clerk" at the Knob Creek Biannual Machine Gun Shoot in Bullit County, Kentucky. Next, he’s working security in southern California at an "Arnold for Governor" rally, where he has several memorable encounters with the Terminator himself — and finds himself constantly promoted!But this is only the beginning. Leon reports on his zany experience at a Christian wrestling extravaganza, where the scantily clad wrestlers toss opponents into the stands in the name of Jesus. Taking a different tack, he paints on temporary tattoos, wears a black T-shirt reading "Kill ‘em all. Let God sort ‘em out!" and then entertainingly describes the reactions he gets when he tries to purchase a condominium in an exclusive gated community.Uncertain about whether his inspiration is Jane Goodall or journalist John Howard Griffin, author of the 1950s’ classic Black Like Me, Leon nonetheless perseveres from one adventure to the next, hoping not to be found out and get his head broken. Leon’s daring anthropological romps into finding out how the other half lives are by turns outrageous, disturbing, and hilarious, yet always illuminating. Don’t be surprised to find yourself laughing out loud as you turn each page! Read Less

Goodreads reviews for Republican Like Me: Infiltrating Red-state, White-ass, And Blue-suit America