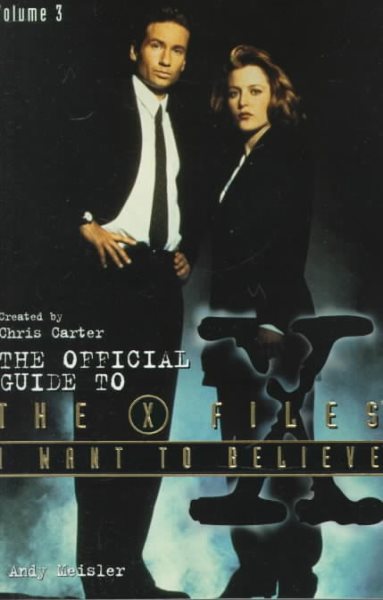 Provides a synopsis for each episode of the fourth and fifth seasons, lists awards and Nielsen ratings, and includes interviews with the show's creator and cast members Read More
One of the most popular and critically acclaimed TV shows in recent years, The X-Files, created by Chris Carter and starring David Duchovny and Gillian Anderson, continues to break new ground in dramatic series television. I Want to Believe is the authoritative, fact-packed episode guide to the fourth season of this Emmy award-winning series no X-phile can be without. Inside fans find: Greatly expanded, richly detailed synopses for each episode--including plot twists, dialogue, and action sequences Exclusive interviews with Chris Carter, Gillian Anderson, and David Duchovny--plus dozens of writers, producers, guest stars, and crew members Complete cast and credit lists Air dates and Nielsen ratings for each episode An international X-FIles viewing guide The most up-to-date information on The X-Files' intricate, fascinating "Mythology" Plus hundreds of behind-the-scenes insights into the series' creative process, popularity, growth, and its influence on popular culture around the world A four-color foldout poster detailing The X-Files mythology as revealed over the past four seasons Read Less

The Truth Is Out There (The Official Guide to the X-Files, V...

Trust No One: The Official Third Season Guide to The X-Files

God at His Best. A Mission Challenge